Blog Post A Brief History of the Silver Ball

A Brief History of the Silver Ball

Pinball in its modern form was born during the Great Depression when Americans were looking for cheap entertainment. It was based on bagatelle, a French game whereby players maneuvered balls past metal pins into holes on the playfield. Early pinball machines were built without flippers and didn't involve skill. Players launched balls onto the playfield and aimed for holes with various point values by bumping and tilting the machines. Because it was a game of chance, pinball was considered a form of gambling and was outlawed in the 1940s. Ironically, flippers were invented in 1947, yet the ban stayed in place until the mid-1970s. It's hard to believe but pinball is still illegal in some cities (but the law is generally not enforced)!

During the 1950s Williams and other pioneering Chicago companies including Bally and Gottlieb, introduced many new innovations to pinball. These included multi-player games, score reels and increasingly sophisticated playfield mechanisms and art packages. The games, however, were not computerized. They were electromechanical and ran on a precarious balance of moving parts.

In the 1960s and 1970s games became more technologically advanced but still used electromechanical coils, relays and stepper units. It wasn’t until the late 1970s with the introduction of microprocessors that pinball entered the realm of electronic gaming. Solid-state technology with its circuit boards and digital displays enabled complex rules, digital sound effects and speech in games. Although this attracted more customers, arcade video games were starting to take off at the same time. Pinball, despite its new and improved features, couldn't compete.

The pinball industry peaked in 1979 with the sale of 200,000 machines. Three years later — after the release of Pac-Man, Space Invaders and other iconic arcade video games, sales declined 85 percent. A few pinball games — notably Williams’ High Speed, Pin-Bot and Space Shuttle — generated enough excitement to help revitalize the industry. Bally, however, was stretched thin financially from other ventures and sold its pinball division to Williams in 1988.

By the early 1990s pinball was on the upswing again. The Addams Family, one of the most popular games ever, sold over 20,000 units. But just a few years later home gaming consoles flooded the market and pinball’s appeal waned yet again. Dwindling sales forced Gottlieb, in the pinball business since 1927, to fold. Williams, which now controlled 80 percent of the worldwide market, called on their designers to reinvent the game. They emerged with Pinball 2000, an arcade centaur featuring a video game head on a pinball machine body. The initial title sold well but the follow-up game got less traction. In 1999 Williams closed its pinball division to focus on slot machines. 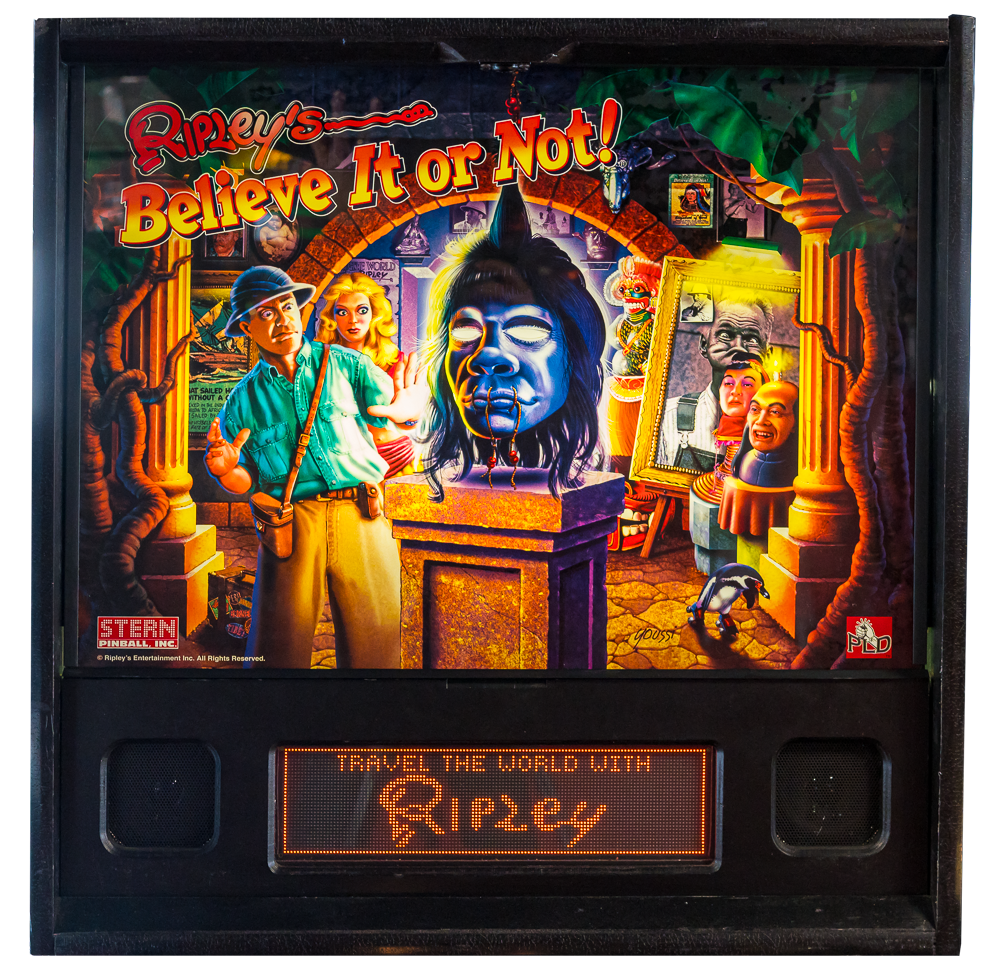 The demise of Williams left Stern Pinball as the only major American manufacturer until Jersey Jack Pinball launched in 2011. Faced with this newcomer’s innovations, Stern was incentivized to up their game and invest in new technology. Today Stern, Jersey Jack and smaller upstarts like Spooky and American Pinball are producing increasingly complex games. Modern electronics are even finding their way into a handful of beloved classics. In 2013 Chicago Gaming, a video game company, partnered with Planetary Pinball to remake iconic Bally and Williams titles.

Fortunately for pinheads everywhere, the silver ball has been making a dramatic comeback. And what's not to like? Pinball is social, addictive and incredibly fun! And with museum arcades opening around the country, a new generation can experience the joys of this classic American pastime.