David Gottlieb founded this company in 1927 in Chicago, Illinois. They initially manufactured only pinball machines but expanded into other games including pitch-and-bats, bowling and video arcade games. Gottlieb manufactured the first successful coin-operated pinball machine, Baffle Ball, in 1930. In 1947, Gottlieb released Humpty Dumpty, the first game to feature player-activated 2-inch bats called “flippers.” Flippers revolutionized the industry by transforming pinball from a game of chance into a player-controlled game of skill. By the 1970s the company adopted Williams Electronics’ longer and now standard 3” flippers.

Although Gottlieb was sold in 1976, pins were manufactured under its name until 1996, when the company closed due to declining demand. Their final pinball machine was Barb Wire.

Raymond Moloney founded Bally Manufacturing Corp. in Chicago in 1932 to make pinball games for Bally’s original parent company. The company took its name from its first flipperless game, Ballyhoo, and quickly became a leading pinball manufacturer. Bally also had great success making gambling equipment and even branched out into vending machines and the music business.

The company floundered briefly after Ray passed away in 1958 but a group of investors turned it around. Bally went on to acquire amusement game company Midway Manufacturing in the late 1960s.

In 1975 Bally was the first company to officially license a theme. The game was Wizard! and was based on the Tommy movie by The Who. It wasn't long before the other companies followed suit.

A decade later Bally ventured into the casino business when New Jersey legalized gambling in Atlantic City. At the same time the company entered the growing market for home computer games. Rapid expansion into these and other businesses took its toll on their finances, forcing Bally to scale back operations. Bally sold its pinball division, along with Midway, to Williams Electronics in 1988. 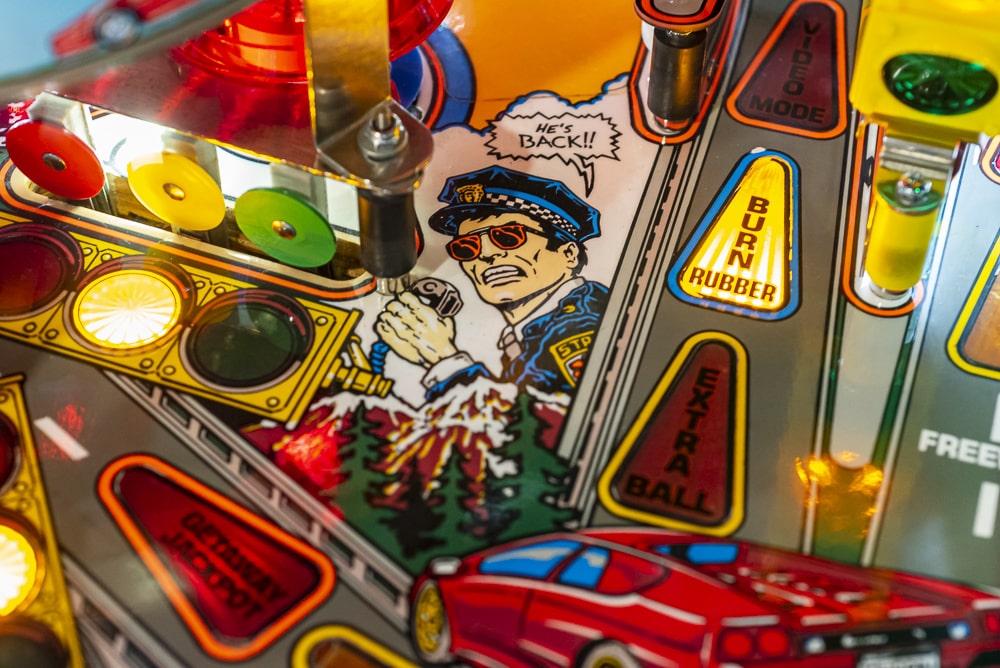 Harry E. Williams founded Williams Manufacturing Company in Chicago in 1943 in the midst of World War II. A Stanford engineering graduate, Harry designed the first electrical pinball machine and devised the “tilt” mechanism. This device ended the ball in play when the machine was shaken or the front lifted. In 1947 he took on successful pinball operator and distributor, Sam Stern, as a business partner. Ten years later a jukebox manufacturer acquired the company and it became known as Williams Electronics Manufacturing. In 1973 the company branched out into arcade video games, eventually creating a number of classics. In 1987 the name changed yet again to WMS Industries.

Early Williams pinball machines often included innovative features such as mechanical reel scoring and the “add-a-ball” feature. By the early 1990s advances in computing allowed pinball machines to get even more complex. The Addams Family, produced and licensed in 1992 based on the 1991 movie, featured many innovations and pinball firsts. It sold more than 20,000 units, making it the best-selling pinball game of all time. Despite its success, WMS Industries closed its pinball division in 1999 to focus on slot machine development.

Based in Elk Grove Village, Illinois, the company traces its lineage to the 1930s. Sam Stern, the father of Stern Pinball’s founder, Gary Stern, was part owner and president of pinball pioneer, Williams Electronics. Gary entered the business as a teenager in the 1960s when he started working in the stock room at Williams. In 1977 Gary and his father bought financially troubled Chicago Coin, a manufacturer of pinball tables. They formed Stern Electronics, Inc., manufacturing arcade video games and pinball machines until 1985. When his father died a year later, Gary founded Data East Pinball, which Sega then purchased and renamed Sega Pinball. In 1999 Gary bought the business back from Sega and established Stern Pinball, Inc.. Ten years later Stern Pinball partnered with a private equity investment firm to help it weather the Great Recession.

Stern was the only major pinball developer and manufacturer in existence from 1999-2011. To appeal to a wide customer base, all Stern games have licensed themes — from rock bands to iconic movie franchises. Stern produces approximately three new titles a year. 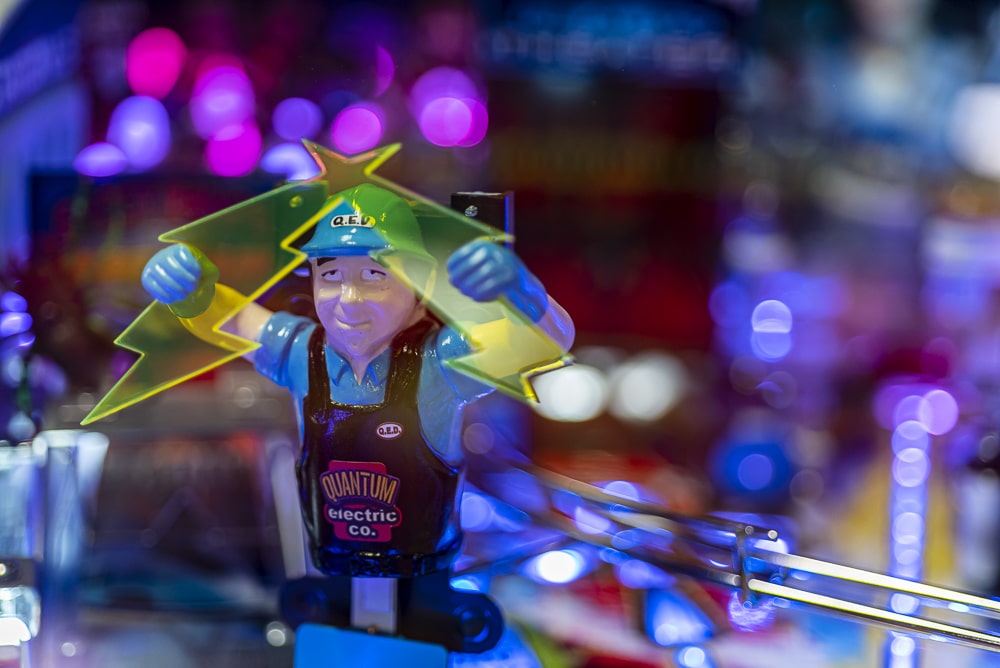 Jack Guarnieri founded Jersey Jack in 2011 in Lakewood, New Jersey. Now located in Elk Grove Village, Illinois, this manufacturer is known for its high-end, groundbreaking pinball machines. Guarnieri, a veteran amusement industry figure, started out fixing pinball machines part time on college campuses in 1975. He became a sought-after repairman and successful operator before launching an on-line pinball resale business in 2000. But with Stern being the only major pinball company still in existence, there was little inventory for Guarnieri to sell. That’s when he decided to create his own pinball machines.

Jersey Jack released its first game, Wizard of Oz, in 2013 after more than two years of development. The game featured many industry innovations, including a 26” LCD widescreen monitor that displays full color, cinema-grade animations. Games are typically based on popular movies. Dialed In, however, is an original concept game and the first with Bluetooth connectivity and a camera.